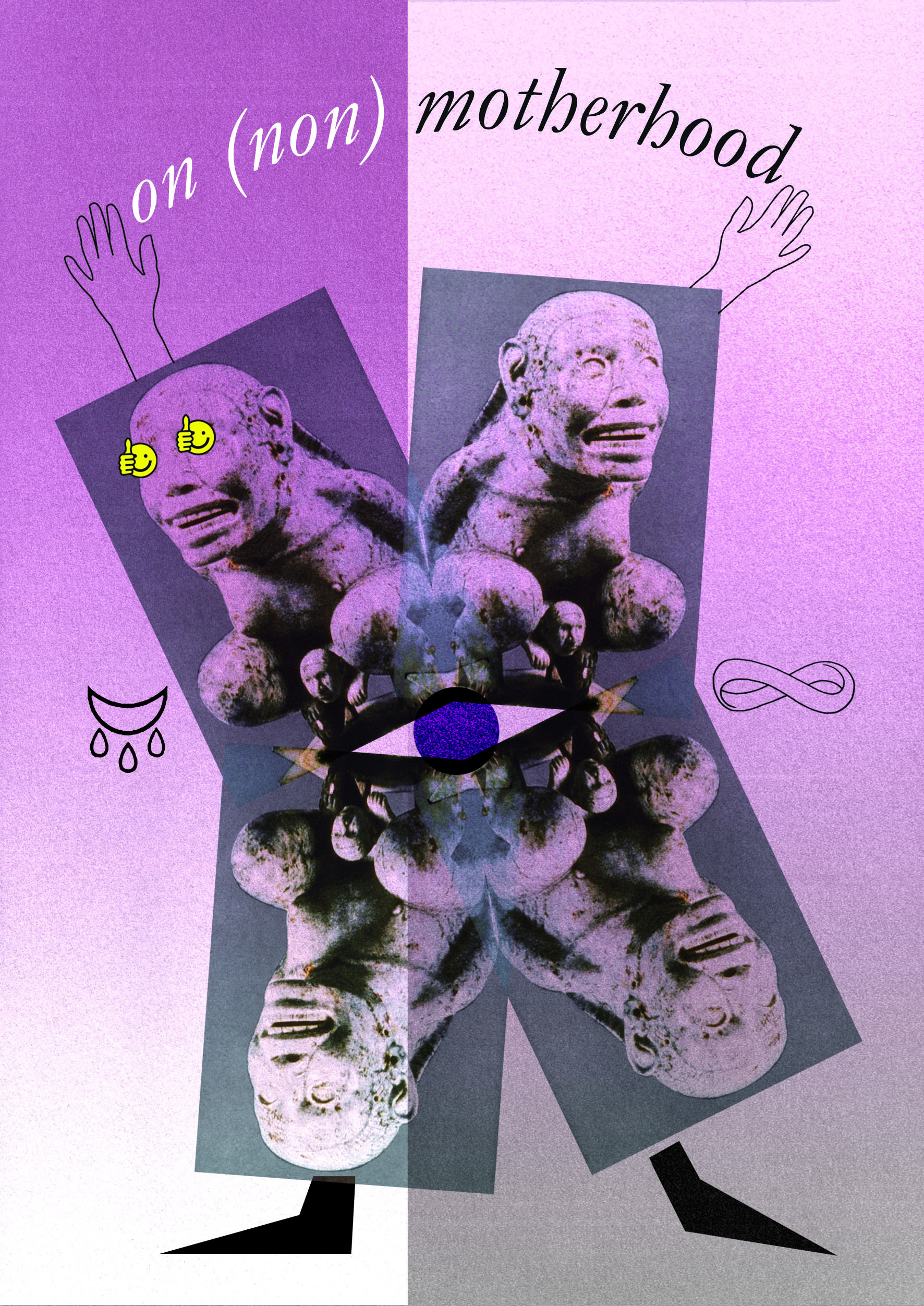 …and an artistic feast

Only in a relation where I am allowed to be a mother and a non-mother at the same time, I am free.

Following the red thread of the Living Archive (2011-2015), the long term project that co-created it’s own community like a polis, or like a true space between people, who organize themselves for acting and speaking together on art commons and political freedom, Red Mined moves towards a new practice: symposium. As the most characteristic social fixtures of ancient times, symposium appears here through its primary meaning of off or semi-public space, where people gather to eat, drink, dance and talk, or simply to spend time together around specific or everyday life topics. But with a difference, this time symposium is for everyone.

Symposium #1 will open space for giving birth to different ideas on non/motherhood.

As a multi-voiced star-formed platform, this first symposium is here to engage the troublesome “nature” and “law” of not/giving birth, non/reproduction, non/family and non/work. The subject of non/motherhood affects all classes, genders and races with different intensity and culminates in internalized symptom: “very sorry, but you could not have it all”. Consequently, it naturalizes an exclusive work-life paradigm along gender, class, race hiding behind the geopolitical/neo-imperial intersectionality.

What is believed to be universal in a feminine nature, to care and to (re)produce, is in fact social construct of patriarchal law entwined in the capitalist mode of production. This long-lasting marriage between patriarchy and capitalism junctures women’s lives and suppresses their affective and constructive forces. Social politics of non/reproduction is materialized today under the free market rationality and its civic subjectivity, or under competitive relations of disconnected individuals, who call for: self-responsibility (for failure or success), self-control, self-morality, commercial pleasure, ultimate happiness, health and wealth, self- esteem and self-performativity… for (re)productive entrepreneurs of themselves.

On the occasion of Symposium #1, Red Mined invites friend artists, curators, theoreticians and practitioners, mothers and non-mothers to reflect, to talk and to-future on and from performative materializations of “non/motherhood”, through both refusal and embracing.

Once activated it would run forever, perpetual motion or continuous and unceasing movement or action. Repetition until recognition.

Noor Afshan Mirza (b.1969, Evesham, UK). Lives and works in London & Istanbul. Mirza works in collaboration with Brad Butler with a practice engaged with contradictions of inequality, power, privilege and (non) participation and until recently took the form of a fictional institution: ‘The Museum of Non-Participation’ (2008-2016). Their collaboration spans moving image, installation, workshops, sound, text and performed actions. Differentiating between work made ‘in’ struggle and work made about struggle they take up an expanded notion of how to think politics with and through the body. Mirza and Butler work in an international context and are interested in expanded notions of art that turn to such areas as state violence and forced disappearance, the ectoplasm of neoliberalism and women’s bodies as sites of resistance. In 2014 Noor Afshan Mirza and Brad Butler were nominated for Artes Mundi 6, a prize dedicated to visual arts engaging with the human condition and were awarded the Paul Hamlyn Award for Visual Artists 2015. They recently exhibited at the Sydney Biennale “The future is already here – it’s just not evenly distributed” (2016), MIRRORCITY at the Hayward Gallery (2015), The Unreliable Narrator at the Whitechapel Gallery (2015). Mirza and Brad Butler are the founders of the artist film and video space no.w.here.

Jelena Petrović is a feminist scholar, theorist and art worker. (Co)author of texts, events and projects related to (post)Yugoslav subjects – particularly with regard to the (post)Yugoslav history, art-theory and feminism. She completed her PhD at ISH Ljubljana Graduate School of Humanities (2009). From 2008 to 2015 she was an active member of the new Yugoslav art-theory group Grupa Spomenik. Co-founder and member of the feminist curatorial collective Red Min(e)d (2011-). From 2014, she has been teaching at the Academy of Fine Arts and Design, University of Ljubljana and from 2015 at the Academy of Fine Arts Vienna, Austria (appointed as the Endowed Professor for Central and South Eastern European Art Histories 2015-2017).

Lala Raščić (b. 1977 Sarajevo) is media and performance artist using the strategy of enactment to deliver narratives that include verbal video performances, performative installation environments, video projections, objects, light, drawing, and painting.  Her interests are rooted in the modes of performing text, reflected by her interest in ancient and contemporary storytelling practices, oral histories, and the art of the monodrama. Raščić has exhibited and performed extensively home and abroad, living and working in Sarajevo, Zagreb and New Orleans. Amongst others, Raščić had attended artist-in-residence programs at the Rijksakademie, Amsterdam; Platform Garanti, Istanbul; KulturKontakt, Vienna; and Cite des Arts, Paris. Raščić is the recipient of the awards Future of Europe, Leipzig (2013); the T-HT and Museum of Contemporary Art award, Zagreb (2007), and the YVVA Zvono (2006). Raščić was shortlisted for the Henkel Art Award (2013) and the YVVA Radoslav Putar (2006). Raščić is a member of the Sarajevo organization CRVENA, a member of the collective Good Children Gallery in New Orleans, and a member of the Croatian Association of Visual Artists. Raščić holds a BA/MFA degree in painting and art education from the Academy Fine Arts in Zagreb.

Jelena Vesić is an independent curator, writer, editor and lecturer, who is based in Belgrade. She was co-editor of Prelom – Journal of Images and Politics (Belgrade) 2001–2009 and co-founder of independent organization Prelom Collective (Belgrade) 2005–2010, active in the field of publishing, research and exhibition practice that intertwines political theory and contemporary art. She is also co-editor of Red Thread – Journal for social theory, contemporary art and activism, (Istanbul) since 2009 and member of editorial board of Art Margins (MIT Press). Currently, Vesić is Goethe Institute Fellow in Haus der Kunst, Munich, on post-doctoral research on the topic of Post-colonial (1955-1980).

In her research, Vesić explores the relations between art and ideology in the fields of geopolitical art history writing and experimental exhibition practice. She also writes about art and labour in the era of cognitive capitalism. Her curatorial practice often experiments with frameworks, methodologies, and contextual and collaborative aspects of art.

Danijela Dugandžić is a feminist worker, curator, cultural producer and creator based in Sarajevo, Bosnia and Herzegovina. She is active in the women’s movement and in the field of feminist art for the past 20 years. She is currently an acting directress of the organization called CRVENA and a member of a feminist curatorial collective Red Mined. Through the work of CRVENA, she promotes and contributes to development of an independent art and cultural scene, as well as emancipates the position of women in art and culture. As a member of the V-Day movement against violence against women and girls she produced Vagina Monologues plays in Sarajevo, Belgrade and Zagreb and participated in the V-Day events in New York 2001 and New Orleans in 2008. Together with a team of four researchers, architects and activists she developed a comprehensive research and activist program Zajednički grad/Common City that deals with questions of urban governance, use and misuse of public space in the city, urban mobilization and the possibilities for creation, maintenance and development of what is known as “urban commons”. She is currently curating the Actopolis Sarajevo project, a transnational laboratory dealing with urban issues and experimenting with strategies for action. For her, feminism is a lifestyle and at any project she departs from feminist values and solidarity.

Katja Kobolt (PhD) works on junctures of art, writing and teaching. In her individual and collective practice Katja has been focusing on breaking the impossibilities and building up structures, mainly by introducing different methods of work and display (with-in art and beyond) for generating new modes of sociability. She is just starting up an exciting international contemporary art, reserach and educational programme on post-migration society, no stop non stop.

Katja has conceptualised and produced numerous art exhibitions and events in different parts of Europe and has been active in a feminist curatorial collective Red Mined, within a city of Munich art space/collective Lothringer13 Florida and Der Fahrende Raum, a mobile space of action and an art project in Freimann, Munich. She teaches and writes on art, life and feminism. 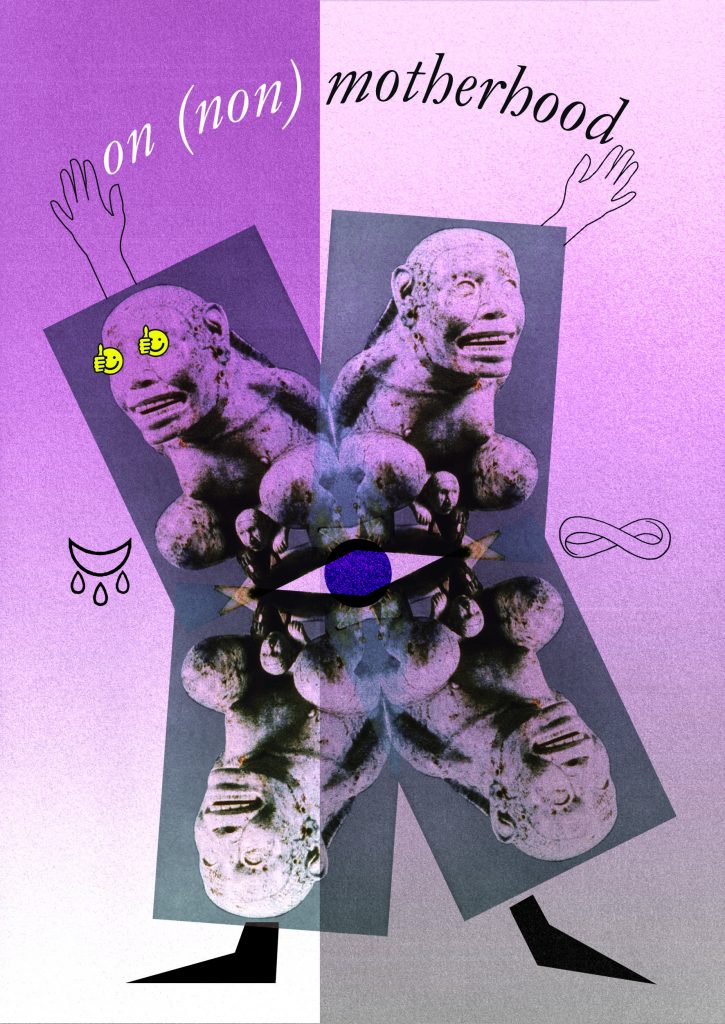 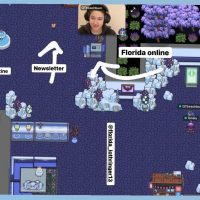